The Varwin XRMS is powered by the Unity3d engine, which is also updated and improved to give developers new development tools. In the new version of Varwin XRMS 0.16, one of the main and large-scale innovations is the move from the old version of Unity 2018 to the newer Unity 2021. This allowed Varwin developers to implement new mechanics and improvements in the platform. One of the clear examples is the processing of the behavior of objects, the work with which has become much more convenient and understandable. Also, considerable efforts have been implemented versioning of objects to maintain the health of projects that use different versions of objects. But this is only the tip of the many changes that made it into 0.16.

The Unity version update allowed developers to start improving the platform in places where it was technically impossible due to the limitations of the old 2018 version of the engine. Now, starting with this update, the platform is being actively developed, having gained access to new tools. Along with this, the developer toolkit for Varwin has also been updated. The new version of the SDK supports innovations, which you can read about below and which every user can use! 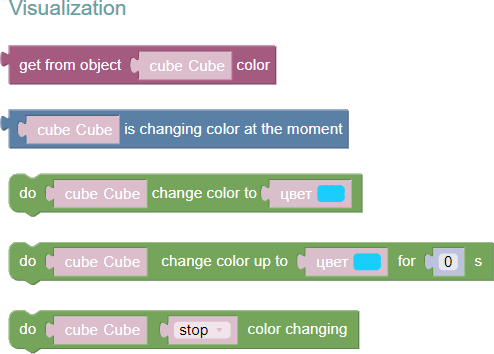 New object behaviors allow the user to more flexibly work out the logic of interaction between objects, manipulating them at a new level. As part of the new behaviors, more than 190 blocks and groups of blocks have been redesigned to make it easier to interact with them. Also, some of the blocks were abolished due to duplication of functionality. Updated block categories:

The purpose of this innovation is the ability to update any object or scene template in the library and at the same time preserve the invariance of the work of projects, that is, preserve their integrity and performance. Read more in the article “Versioning objects” 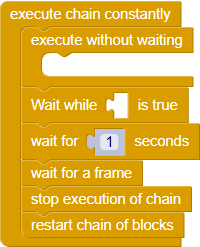 The platform is developing allowing users to take a fresh look at the process of assembling logic by building parallel logical sequences called chains.

There are two main features of this innovation:

A general reworking and optimization of pre-installed objects was carried out, as well as correction of errors and shortcomings in the work.

General restrictions have been highlighted for the platform whose users have the Starter version:

Improvements in the RMS interface

The RMS interface is being finalized to suit user requests. Here’s what’s been added:

Improvements to the Blockly editor 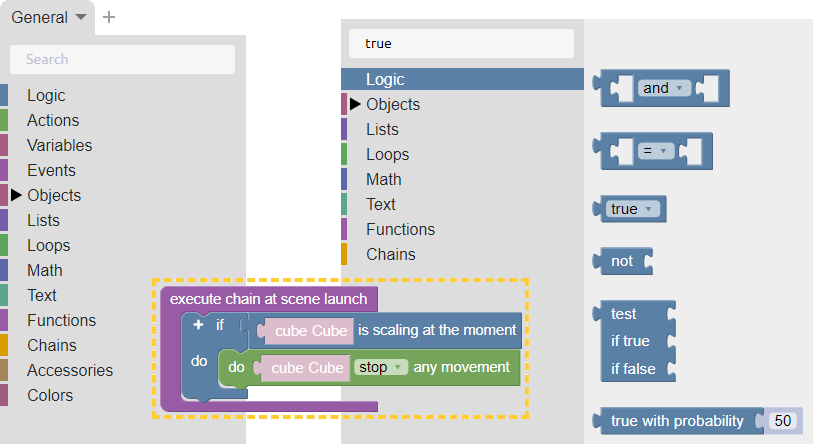 The logic editor also continues to undergo changes and continue to improve, in particular, the following has been added: